The HP ZBook Firefly 14 G7 delivers solid performance, a bright display and a host of security features in a durable, lightweight chassis.

Today’s best HP ZBook Firefly 14 G7 deals
The HP ZBook Firefly 14 G7 is a lovely workstation that stands out for a number of reasons. It’s the world’s smallest and lightest 14-inch mobile workstation for starters. Next, it’s equipped with a brilliant 4K display and a great pair of speakers. Plus, you’ve got a powerful 10th Gen Intel Core i7 processor and an Nvidia Quadro GPU. However, the $2,599 price and the subpar battery life might give some mobile professionals pause.

The ZBook Firefly can be configured with a number of different specs including processors, RAM, and storage. However, every component will greatly affect the final price.

For an extra $254, you can upgrade the display from a 250-nit panel to a 1,000-nit screen. You can even remove the webcam entirely, although this would only save you $16, so it’s probably not worth it.

As soon as I took the Firefly 14 G7 out of the box, I was mesmerized by its gorgeous, minimalistic design and its all-aluminum chassis. The lid possesses a shiny dark gray exterior with a reflective Z placed smack in the middle. If you hold up the laptop and stare directly into this ZBook logo, you can see a perfect reflection of your face.

Opening the lid reveals a gorgeous continuation of the dark gray aesthetic, accentuated by a minimalist palm rest that feels satisfying to touch. Additionally, the speaker grille has lines going through it that creates a number of sideways Zs, which plays up the overall ZBook theme. The trackpad is placed below the keyboard, a bit closer to the left side. Additionally, it boasts two buttons above the trackpad, one functioning as a left-click and the other as a right-click.

The overall aesthetic reminds me of something like a MacBook, which is high praise. It’s aesthetically minimalistic, but the color choices and font on the keys creates a wonderful synergy.

Because of the pandemic, HP has treated the laptop so it can withstand up to 1,000 wipes with common disinfectants.

HP has given The Firefly 14 G7 120,000 hours of durability testing. Most importantly, it has MIL-STD 810H certification, which means the laptop has undergone extreme environmental tests to ensure it was constructed with a protective frame. The laptop also comes with HP Privacy Camera, which physically covers the lens when it’s not being used.

On top of that are all the software tools HP brings, including Sure Run, Sure Start, Sure Recover, Sure Admin, Sure Click, Sure Sense, Pro Security, Biosphere and Client Security Manager.

For a workstation, the laptop doesn’t have a lot of ports, but it should satisfy those intending to use the laptop for basic business purposes. On the left side, the HP ZBook Firefly 14 G7 has a headphone/microphone input, two USB 3.1 Gen 1 Type-A ports (one of which can be used for charging) and a Smart Card reader.

On the right side, there’s two USB Type-C ports, an HDMI input and the power adapter.

Look, it’s the incredible shrinking bezels! HP’s design and engineering team have found a way to drastically reduce its display borders to the tune of 43% off the top bezel, 20% from the sides and 34% off the chin. That means less unsightly bezels, and more of the ZBook Firefly’s stunningly bright 4K display. And speaking of brightness, HP is going for another first by bringing consumers the world’s brightest 14-inch mobile workstation.

While watching the 1080p Tenet trailer on the 14-inch matte display, I immediately noticed that colors looked a bit washed out. The red light reflecting on actor John David Washington’s face as a bunker door slid open didn’t look as vibrant as I had expected. However, the display is incredibly bright, as the white “In 2020” title card managed to make me squint even while sitting in a fully lit room.

During The Witches trailer, Octavia Spencer’s old-fashioned house looked absolutely vibrant. The colors looked far more consistent, as the filmmaking itself utilizes cool hues. When actress Anne Hathaway begins her speech in front of a concession stand, the display does a solid job at representing the vast spectrum of greens, blues and pinks all on the screen.

While playing Doom Eternal, I was mesmerized by how beautifully the dark, hellish scenery came to life. The disgusting green bile permeating throughout every corner of the area popped beautifully, causing the sight of The Blood Swamps to engrain itself into my memory. This display has an incredible range of brightness, allowing for the darker areas to look more natural and the brighter areas to be wonderfully luminescent.

The HP ZBook Firefly 14 G7 averages 539 nits of brightness, which far surpasses its competition and even the 383-nit premium laptop average. In second place, the MacBook Pro averaged 485 nits. The Precision 5540 and Thinkpad X1 Extreme (Gen 2) are a little closer to the premium laptop average, both at 384 nits.

While measuring color reproduction, the Firefly 14 G7 hit 104% of the sRGB color gamut, which is unfortunately far behind its competitors and way lower than the 120% premium laptop average. However, it’s still better than our 100% minimum. The MacBook Pro 13-inch (2020) and ThinkPad X1 Extreme managed 114% and 163%, respectively. However, the Precision 5540 is by far the best of the bunch, reaching an astounding color gamut of 200%.

The Firefly 14 G7 boasts a powerful pair of speakers with crisp audio that enhances voices to make them perfectly clear. While these speakers don’t do a great job at filling a room, they produce clear and crisp audio.

I began listening to “a Poem” by La Dispute, which begins with a low guitar playing a subtle tune. This was a bit difficult to discern, even when the laptop was at maximum volume. However, when the vocalist began to sing, his voice came through clearly and powerfully. Additionally, as the track escalated and added more instruments to the mix, they were all properly placed to create a pleasant hard rock symphony.

While listening to “Shriek and Ori” from the Ori and the Will of the Wisps soundtrack, nearly every sound element was crisp. As the track began to amp up with its bombastic horns and strings, the laptop’s speakers translated those noises without any distortion. I was incredibly impressed at how well these speakers can emit all sorts of sounds without turning into a mess of indiscernible noise.

Since the Firefly 14 G7 is an HP laptop, you can expect it to come with HP Audio Control. There’s not much you can do here besides decrease or increase volume, change noise cancelling settings, and customize the equalizer or use the Music, Movie or Voice presents.

The Firefly 14 G7 has an island-style keyboard that feels a bit too mushy and isn’t particularly satisfying to click. There’s also a pointing stick between the G, H and B keys which allows for you to move the cursor without having to use the trackpad.

The 4.4 x 2.4-inch touchpad is smooth and responsive, making website navigation far less of a chore. Additionally, the discrete mouse buttons above the trackpad is quite an intuitive choice, as it allows for a more convenient browsing experience without the need for a mouse.

Our version of the Firefly 14 G7 comes with an 1.1-GHz Intel  i7-10810U vPro CPU and 32GB of RAM. The laptop didn’t even flinch when I opened up about 30 YouTube videos simultaneously. Afterwards, I opened up Steam, Twitch, Discord and Spotify and the laptop was functioning optimally.

The Firefly 14 G7 is equipped with an Nvidia Quadro P520 GPU with 2GB of VRAM. It’s not a laptop meant for gaming, but it does fine when used casually. The Quadro GPU is much more suited for running AutoCAD, photo and video editing or game design.

While playing Doom Eternal, I managed to hit 15 to -20 frames per second on Medium settings. On Low quality, I managed a far more consistent 30 fps, which matches our playability threshold. When I tried to upscale to 4K, even on low settings, the game nearly self-destructed. It took me an entire minute to just navigate the main menu, as the game was running at a mere 5 fps.

On our Sid Meier’s Civilization VI: Gathering Storm test (1080p, ultra settings), the laptop hit 25 fps. This is significantly higher than the MacBook Pro (18 fps), but lower than the premium laptop average (28 fps). On 4K, the Firefly 14 G7 hit an average of 12fps.

The Firefly 14 G7 has a battery life of 5 hours and 47 minutes based on the Laptop Mag Battery test (continuous web surfing over Wi-Fi at 150 nits of brightness). This is much shorter than the premium laptop average of 9:50. It also pales in comparison to the MacBook Pro (10:21) and the Precision 5540 (6:20). However, it does manage to beat out the ThinkPad X1 Extreme, which only managed 5:28.

In our heat test, the Firefly 14 G7 remained relatively cool. The touchpad hit only 77 degrees, while the center of the keyboard warmed to 90 degrees after 15 minutes of running a fullscreen HD video. The bottom of the laptop managed to reach 98 degrees, which is slightly above our 95 degree comfort threshold.

The Firefly 14 G7 comes with a 720p camera, and unsurprisingly, it’s not good. When I took a few test shots, my face was quite blurry and all of the frizzy detail in my hair turned into a mess.

If you’re in need of a webcam, check out our best webcams page.

HP Programmable Key allows users to assign macros to certain keys, and with it, you can even launch specific programs with a simple keystroke. HP WorkWell is a health tracker that reminds you to do some simple exercise throughout the day to keep you healthy and give your eyes a break from the screen. HP PC Hardware Diagnostics, as the name suggests, allows you to run a plethora of hardware diagnostics on the laptop. HP Power Manager allows the user to edit power settings in-depth and also has recommended HP power settings.

The base version of the Firefly 14 G7 comes with a one year limited warranty, but this can be bumped up to three years for an additional $75. See how HP fared in our annual Tech Support Showdown and Best and Worst Brands special reports.

The HP ZBook Firefly 14 G7 has a lot going for it, starting with its design. Not only is it the lightest and smallest 14-inch workstation on the market, it’s also quite lovely and unbelievably sturdy. You get a bright, fairly vivid display with great audio, and the laptop’s Intel Core i7 and Nvidia Quadro GPU provide solid performance.

But for $2,599, I expect a workstation of this caliber to have a more vivid panel, longer battery life and stronger performance. With that in mind, you might want to take a look at the MacBook Pro. But if portability is your top priority, the HP ZBook Firefly 14 G7 is the way to go. Source : laptopmag 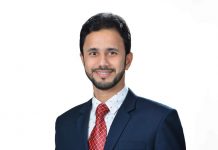 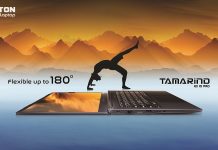 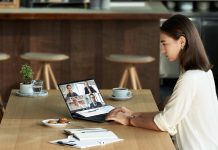 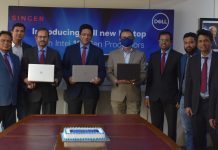 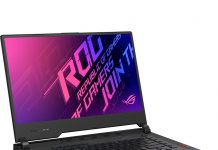 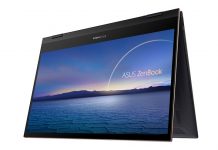